The Sunday Post, Stacking the Shelves ,and Saturday Situation are weekly blogs put on by The Caffeinated Reviewer, Tynga, and Candace.  It is where we discuss what we have been reading this week.  Check out our blogs.

Well September is here which means ARC August put on by Read.Sleep.Repeat is over.  I didn’t pledge to read a certain number of ARCs. Instead, I pledged to read as many as I could.  My final total was 9.  Not too shabby.  Here are the ARCs I read.

4. Substitute: Going to School With a Thousand Kids by Nicholson Baker

5. The Light Fantastic by Sarah Combs

6. Kids of Appetite by David Arnold

7. And The Trees Crept In by Dawn Kurtagich

8. Our Chemical Hearts by Krystal Sutherland

To know what I thought of ARCs 1-7, please look at past blog posts.  My review of ARCs 8 and 9 are below. 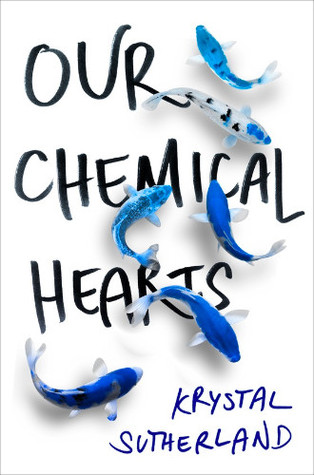 Our Chemical Hearts by Krystal Sutherland 4.5 stars out of 5

Our Chemical Hearts was a fabulous debut novel! First, let me say that the cover is beautiful and I was curious to find out how it would relate to the story.  Don’t worry, it is related.  I loved so many different things about this book.  The characters are all so wonderful and different and REAL! I have encountered many of these characters in my real life. I appreciated that the characters weren’t cliches.  Henry, the main character, is funny, down to earth, and just a good guy.  He has an adult sister, Sadie, that was a delinquent in high school but also a genius so he has to prove himself to the teachers. Sadie was one of my favorite characters, delinquent turned neurosurgeon. Of course, she helps her brother break some rules throughout the story.  Grace, the other main character, starts her senior year at a new school, Henry’s high school.  Right away Henry is intrigued by Grace.  She shows up to school in boys clothing, hair not brushed, and walking with a cane.  Henry finds out that Grace has been going through an awful time and he is drawn to her.  They become friends. However, Henry wants more but is unsure of pursuing someone who is hurting so much. “She was grieving and broken and it would almost definitely end in one or both of us getting destroyed. But some things were worth fighting for, right?”  Grace seems interested but is afraid Henry is only falling for the Grace he wants her to be, the Grace before the tragedy.  Henry admits “I didn’t want Grace to be sick or broken or depressed. I wanted her to brush her hair and wash her clothes and to be whole and full and happy. So I pretended she was.”  The conversations with the characters were deep and authentic and fun.  Grace and Henry talked about oblivion and guilt and even Harry Potter. One of my favorite conversations was when Grace admits to Henry she has never read the books.  I enjoyed this because I have had to deal with this ridiculousness too! Haha.  But my absolute favorite part of the book was when Henry shows Grace his collection of Kintsukuroi bowls.  They are Japanese pottery that have been repaired with gold, which is stronger and prettier than glue. Henry says, “They do it because they believe that some things are more beautiful when they’ve been broken.” The metaphor here is so exquisite.  Things and people can be broken but put back together stronger than they were before. As I said at the beginning, this was a debut novel from Ms. Sutherland. I am excited to read more from her.

I have read lots of Holocaust books and it never ceases to amaze me the atrocities done by the Nazis to the Jews and those that tried to help them.  The story of Irena in Warsaw, Poland was one of selflessness and courage.  Irena and her group of friends helped smuggle 2500 Jewish children to safety during World War 2.  Parents were so desperate to save their children they would throw their babies over the ghetto wall not knowing if anyone caught them and took them to safety. Children would live in sewers to hide from the Nazis.  Irena would falsify papers and give Jewish children to Aryan families.  Then Irena and her helpers would have to find ways to smuggle the children to safety.  Sometimes “they arrived at the orphanage in burlap sacks slung over a workman’s shoulders, delivered to the back door as laundry or potatoes.” The children would even be hidden under piles of dirty rags or inside already occupied coffins. “The most inventive methods, though, involved simply leaving the ghetto with small children in sacks, suitcases, and toolboxes.”  Because Irena was participating in these dangerous activities, her life and the lives of her helpers were in danger too. There was constant threat of capture which would lead to torture and possible execution.  Unfortunately, this was the fate of some of the characters we learn about in the book.  Irena never thought of quitting.  Because of her bravery, generations of Jews survived.  “Of the roughly ONE MILLION Jewish children in Poland in 1939, about 5000 survived…about half of those were saved by Irena and her network.”  I liked having photos in the book even though they are haunting and sad to see.  This would have been a five star book but I felt there was a bit too much detail in the story at times.  I think young readers could get bored at some parts and not finish the book.  Overall, a great and important read. 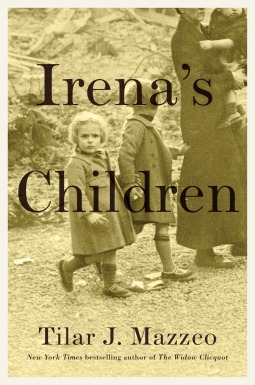 I also read the adult version of this book. It was of course very similar. My only complaint is there were A LOT of details in this book that slowed the story down too much. I preferred the Young Reader’s Edition but if you love these type of non fiction books, then I recommend this one. It too was well written.

12 thoughts on “#ARCAugust Wrap Up”