Tell Me Tuesday is a weekly blog feature put on by La La in the Library.  It is where we discuss what we have been reading and look forward to reading.  What have you read lately? Tell Us!

This was a funny and quirky read.  It had some sweet mother daughter moments.  I wasn’t a fan of the way the book was written.  Much of the story was told through emails, letters, and interviews.  Also, there were a lot of characters to keep track of.  However, I would recommend it if you enjoy reading something different. 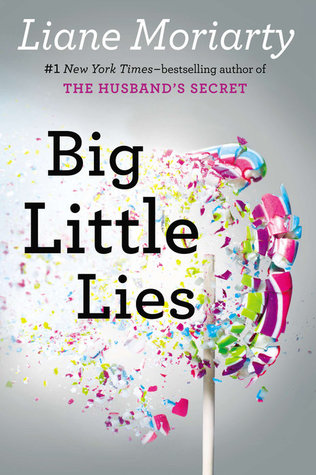 Big Little Lies is a brilliant take on ex-husbands and second wives, mothers and daughters, schoolyard scandal, and the dangerous little lies we tell ourselves just to survive.

This book has been into an HBO mini series.  I have not seen it yet but have heard great things.

I thought this book sounded interesting.  I received it via First to Read.

A stunning debut about a girl who has learned how to survive – but not how to live.

Eleanor Oliphant leads a simple life. She wears the same clothes to work every day, eats the same meal deal for lunch every day and buys the same two bottles of vodka to drink every weekend.

Eleanor Oliphant is fine. Nothing is missing from her carefully timetabled life. Except sometimes, everything.

(see what I did there? haha)

I still have the 2 senior foster dogs.  It seems I may have them for awhile since they are not even up for adoption yet.  They are on a medical hold due to their age.  The law states that the dogs need to be neutered before being adopted but due to their age and some of the results on their blood tests, it would be too dangerous to their health.  So I am just waiting to see what happens.  But for now I am enjoying watching them get stronger and happier every day.  Here is the 15 year old, Dash, taking a nap on my chair.

It seems there have been quite a few Book to TV series adaptations.  I say TV but I guess it is usually cable or Netflix series.  I am going to highlight some of my recent favorites and ones I am looking forward to.  I would love to know yours as well.

I loved the books but there were so many characters that I had to start making a list of how they were all connected.   That is one of the reasons I like the HBO series, it is easier to keep track of all the kingdoms and characters. 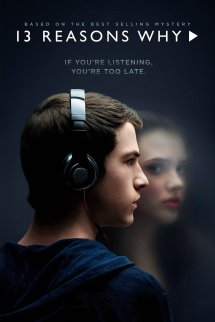 I haven’t quite finished the Netflix series yet but it is so good! It seems to be pretty faithful to the book. I have five episodes left.

I am ashamed to say that I have only read a couple Sherlock stories.  I found them difficult to read and understand.  However, the BBC series is fantastic! The first 3 seasons can be found on Netflix and the 4th season was on my local PBS channel.

Book To TV Series That I Will Be Watching Soon

My sister-in-law got me hooked on this book.  She had watched the HBO series and started reading the novel and asked if I wanted to buddy read it with her so of course I said yes!  I am about a third of the way through the book and it is really good and humorously accurate.  I look forward to watching the HBO series soon.  I love the three actresses that are in this adaptation.

Book To TV Series That I Am Looking Forward To.

The Handmaid’s Tale has been made into a movie more than once but this is the first time, I believe, that is will be a series.  It begins April 24th.

I am so EXCITED for this HBO series!!! If you don’t know, Robert Galbraith is a pseudonym for JK ROWLING!!!  This murder mystery series is amazing of course because JKR is amazing.  There is no definite date for when this series starts.

What Book to TV series adaptations are your favorites or looking forward to?

This post is linked up with La La in the Library, Stacking the Shelves, Saturday Situation, and The Caffeinated Book Reviewer.  It is where we talk about our latest reads.  Be sure to check them out!

This was a continuation of the book A Street Cat Named Bob. It talks about how the first book became a book and other stories of how Bob helped change the author’s life.  “For far too many years those three precious qualities-faith, hope, and love- had been sorely missing in my life.  But then a twist of fate delivered me all three.  They were each embodied in the the mischievous, playful, canny , occasionally cantankerous but always devoted cat who helped me turn my life around. ”  There is a Christmas book too that I am definitely going to read this winter.

What I am Reading Now

Bernadette Fox is notorious. To her Microsoft-guru husband, she’s a fearlessly opinionated partner; to fellow private-school mothers in Seattle, she’s a disgrace; to design mavens, she’s a revolutionary architect, and to 15-year-old Bee, she is a best friend and, simply, Mom.

Then Bernadette disappears. It began when Bee aced her report card and claimed her promised reward: a family trip to Antarctica. But Bernadette’s intensifying allergy to Seattle—and people in general—has made her so agoraphobic that a virtual assistant in India now runs her most basic errands. A trip to the end of the earth is problematic.

To find her mother, Bee compiles email messages, official documents, secret correspondence—creating a compulsively readable and touching novel about misplaced genius and a mother and daughter’s role in an absurd world.

What I am Reading Next

One morning, Deming Guo’s mother, an undocumented Chinese immigrant named Polly, goes to her job at the nail salon and never comes home. No one can find any trace of her.

With his mother gone, eleven-year-old Deming is left with no one to care for him. He is eventually adopted by two white college professors who move him from the Bronx to a small town upstate. They rename him Daniel Wilkinson in their efforts to make him over into their version of an “all-American boy.” But far away from all he’s ever known, Daniel struggles to reconcile his new life with his mother’s disappearance and the memories of the family and community he left behind.

I am still fostering these two sweet pups.  They have kept me busy! Their names are Tank and Dash.  Tank on the left is 12 and Dash is 15.

Again, Netflix has been a time eater.  I have been watching 13 Reasons Why which is based on the Jay Asher book of the same name.  The book was fabulous and so far so is the show.

What have you been reading? Tell me.

Tell Me Tuesday is a weekly blog post put on by La La in the Library. It is where we talk about what we have been reading and what we will be reading next.  What are you reading? Tell us!

I haven’t had as much time to read the past two weeks due to a couple reasons.  The first reason is that I started fostering 2 senior bonded Shih Tzus.  Their names are Tank and Dash.  They are a father and son pair.  Dash is 15 and Tanks is between 10-12.  They are enjoying their time lying around on the couch and playing in the backyard.

The other reason I haven’t read as much is because I have been binge watching the Netflix show, The Crown.  After getting back from London, I was obsessed with the Royal Family and their history.  It is an excellent show!

What I Read LAST

Before there was Johnny and June, there was Johnny and Saul. The Man Who Carried Cash chronicles a relationship that was both volatile and affectionate between Johnny Cash and his manager, Saul Holiff. Saul handled the bookings and the no-shows, the divorce and the record deals, drugs, overdoses and arrests. He was there for the absolute worst of times, but also for the best. 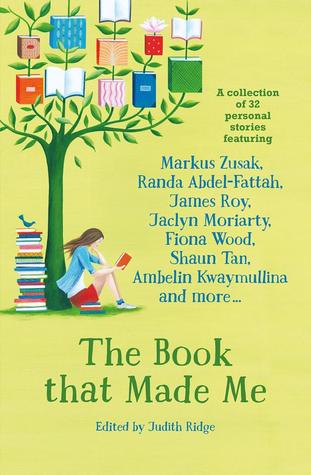 The Book That Made Me is a celebration of the books that influenced some of the most acclaimed authors from Australia and the world.

This was a fun book to read. Even though I only recognized one of the authors that contributed to this book, I enjoyed reading what books inspired these authors as children. I was delighted to see some of the same books I loved reading as a kid. It definitely made me want to re-read some of these childhood favorites. There were also a couple books mentioned more than once by Roald Dahl that were some of the authors’ favorites so I had to go and read them. I would love to read a book like this with more authors I recognize but it was still a great read. A bonus was that at the end of the book, there were short bios about each author and there was a list of all the books mentioned.

What I Am Reading NOW

In the years since their story ended in the bestselling A STREET CAT NAMED BOB James, with Bob’s help, has begun to find his way back to the real world. Almost every day, Bob provides moments of intelligence, bravery and humor, at the same time opening his human friend’s eyes to important truths about friendship, loyalty, trust – and the meaning of happiness. In the continuing tale of their life together James shows the many ways in which Bob has been his protector and guardian angel through times of illness, hardship, even life-threatening danger.

What are you reading? Tell me.