WELCOME TO FURS-DAY FEATURE. SINCE, I LIKE TO READ BOOKS ABOUT DOGS AND OTHER ANIMALS, I DECIDED TO BLOG ABOUT THEM IN A SEPARATE BLOG POST ON RANDOM THURSDAYS.  IF YOU HAVE READ A GOOD BOOK ABOUT A FURRY FRIEND OR WITH A FURRY FRIEND IN A BOOK, FEEL FREE TO JOIN ME! DON’T FORGET TO LINK MY BLOG TO YOUR POST. 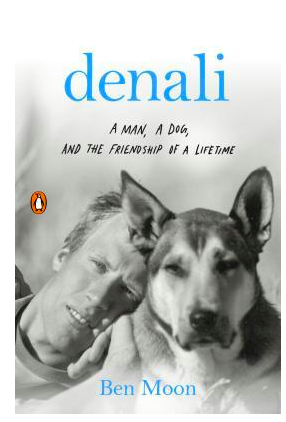 The story of a dog, his human, and the friendship that saved both of their lives.

When Ben Moon moved from the Midwest to Oregon, he hadn’t planned on getting a dog. But when he first met the soulful gaze of a rescue pup in a shelter, Ben instantly felt a connection, and his friendship with Denali was born. The two of them set out on the road together, on an adventure that would take them across the American west and through some of the best years of their lives. But when Ben was diagnosed with colorectal cancer at age 29, he faced a difficult battle with the disease, and Denali never once left his side until they were back out surfing and climbing crags. It was only a short time later that Denali was struck by the same disease, and Ben had the chance to return the favor. Denali is the story of this powerful friendship that shaped Ben and Denali’s lives, showing the strength and love that we give and receive when we have our friends by our side.

I knew when the main character when in and adopted a shelter dog, I would be hooked.  The bond between and Ben and Denali was inspiring to read about and I loved hearing about their care free life style.   The author is brutally honest when talking about his diagnosis and battle to beat colon cancer.  Denali and many others help him get through some dark times and when it is Denali’s turn to fight for his life, Ben knows what it is like.  This is an easy but deep read that I recommend for anyone who loves dogs.

The author talks about a video tribute he does for Denali at the end of the book.  I found the video on YouTube.  Here is the link to watch it.  Have tissues handy.