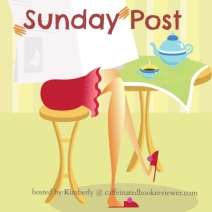 The Sunday Post is a weekly meme hosted by Kimba @The Caffeinated Book Reviewer It’s a chance to share news~ A post to recap the past week on your blog and showcase books and things we have received. Share news about what is coming up on our blog for the week ahead. Here is what I have been up to this last week.

WHAT I AM WATCHING

I am loving this series.  It is so creepy and mysterious and perfect for this time of year!

The finale of the Great American Read was Tuesday, October 23rd.  To Kill a Mockingbird won!  The Outlander series was 2nd and The Harry Potter series was 3rd.  Here is the top 10.  To see the entire list, click here. 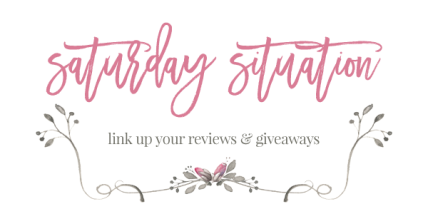 Saturday Situation is put on by Pure Imagination. It is were we review our latest reads. Be sure to check out theirs as well.

I had no idea what this book was about when I started it but it quickly captured my attention.  The main character, Moonbeam, has escaped from a religious compound after a huge fire that destroyed it. The story goes back and forth from before the fire and after the fire which I liked.  There are so many great characters in this book.  The author does a great job capturing the different aspects and people that make up a cult situation. Pastor John was such a creepy guy and so well written! I couldn’t stop turning pages to find out how the fire started, why it started, and who started it.

This book has been on my TBR list for a long time.  I thought reading a book about ghosts in a house would be perfect for this time of year.  It was a very enjoyable book with a bit of mystery.  Highly recommend for a fun Halloween read. 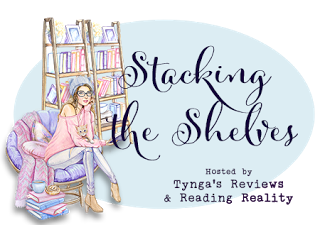 Stacking the Shelves is put on by Tynga at Tynga’s Reviews. Stacking The Shelves is all about sharing the books you are adding to your shelves. Here are the books I have added to my TBR list this week.

Received this from NetGalley

Eugene and Tatiana had fallen in love that summer ten years ago. But certain events stopped them from getting to truly know each other and they separated never knowing what could have been.

But one busy morning on the Paris metro, Eugene and Tatiana meet again, no longer the same teenagers they once were.

What happened during that summer? Does meeting again now change everything? With their lives ahead of them, can Eugene and Tatiana find a way to be together after everything?

Written in gorgeous verse, In Paris With You celebrates the importance of first love. Funny and sometimes bittersweet this book has universal appeal for anyone who has been in love.

Grabbed these two from my library.

Book 4 in the Miss Peregrine series.

Addie is visiting Ireland for her aunt’s over-the-top destination wedding, and hoping she can stop thinking about the one horrible thing she did that left her miserable and heartbroken—and threatens her future. But her brother, Ian, isn’t about to let her forget, and his constant needling leads to arguments and even a fistfight between the two once inseparable siblings. Miserable, Addie can’t wait to visit her friend in Italy and leave her brother—and her problems—behind. 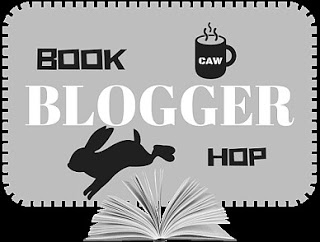 The Book Blogger Hop is put on by The Coffee Addicted Writer . There is a weekly prompt featuring a book related question.

THIS WEEK’S QUESTION IS SUBMITTED BY Billy @ Coffee Addicted Writer.

This weeks prompt is…

Not many books have scared me but this one definitely did!

Vermont, 1950. There’s a place for the girls whom no one wants–the troublemakers, the illegitimate, the too smart for their own good. It’s called Idlewild Hall. And in the small town where it’s located, there are rumors that the boarding school is haunted. Four roommates bond over their whispered fears, their budding friendship blossoming–until one of them mysteriously disappears. . . .

Vermont, 2014. As much as she’s tried, journalist Fiona Sheridan cannot stop revisiting the events surrounding her older sister’s death. Twenty years ago, her body was found lying in the overgrown fields near the ruins of Idlewild Hall. And though her sister’s boyfriend was tried and convicted of murder, Fiona can’t shake the suspicion that something was never right about the case.

When Fiona discovers that Idlewild Hall is being restored by an anonymous benefactor, she decides to write a story about it. But a shocking discovery during the renovations will link the loss of her sister to secrets that were meant to stay hidden in the past–and a voice that won’t be silenced.